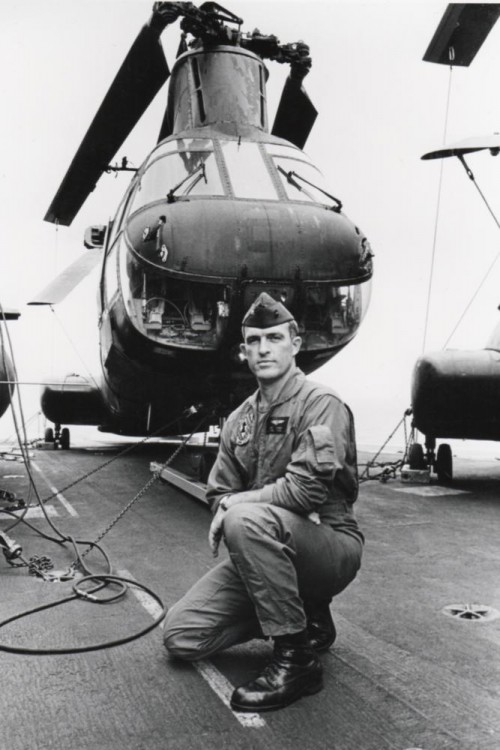 US Marine Leader, Robert Dixon Garner passed away on May 20 at home in Huntingtown, Maryland, at the age of 74. Born in Prince Frederick, Maryland, on Feb. 3, 1946, he became the first midshipman from Calvert County appointed to the US Naval Academy, graduating in 1969 and being commissioned a Second Lieutenant in the US Marine Corps. A naval aviator, he primarily flew the CH-46 Sea Knight (aka "Phrog"), but also operated many other aircraft as a flight instructor.

Uploaded to People/Portraits — 7 months ago