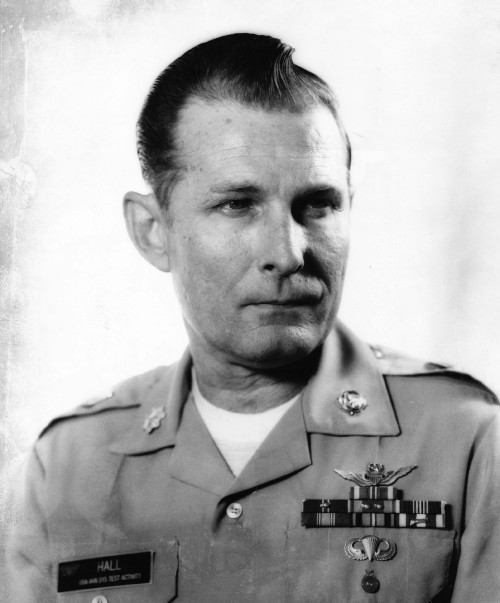 Lt. Col. Gary C. Hall, US Army, who joined AHS in 1966, was awarded an Associate Fellow in the Society of Experimental Test Pilots. At the time of writing, Hall was deputy commander of the Army's Aviation Systems Test Activity, Edwards AFB. He was the first active-duty Army airman to receive the honor. A Master Army Aviator, Col. Hall received his experimental test pilot training at the Naval Test Pilot School. He conducted engineering flight tests on most of the helicopter weapons systems used early in the Vietnam conflict, and on the prototype AH-1G HueyCobra, first attack helicopter. On return from his second RVN tour, he was assigned as project officer and test pilot for the AH-56A Cheyenne compound helo. He became the first Army airman qualified in the AH-56A and conducted initial Army Preliminary Evaluations of the prototype. From Vertiflite, March/April 1974 (page 38.)