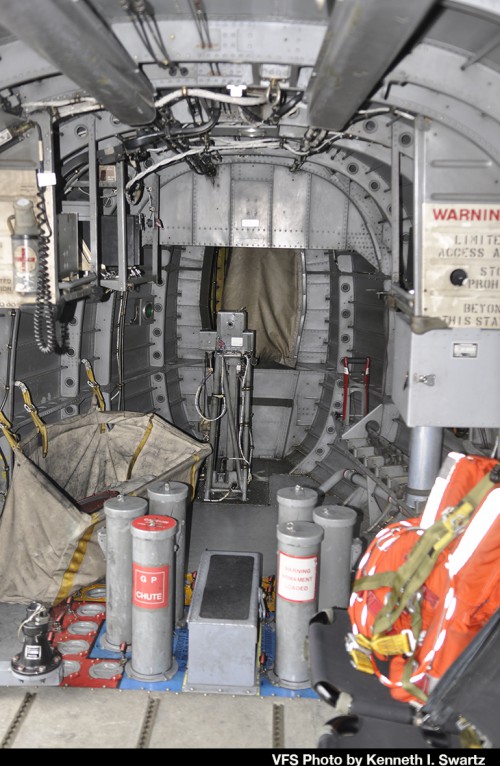 Rear cabin looking backward of Sikorsky CH-124B (tail number 12417) of the Royal Canadian Air Force at Victoria International Airport (YYJ) at the RCAF Sea King retirement ceremony on Dec. 1, 2018. This aircraft was one of the aircraft modified in the early 1990s with the dipping sonar removed and some systems originally developed for the (later cancelled) EH101 installed. For the retirement ceremony, it was repainted in 1960s Royal Canadian Navy colors (as 4017) which were the markings carried by Sea Kings prior to the unification of the Canadian Forces in 1968. For more on the history of the Canadian Sea King and the retirement, see "A Royal Send Off for the Canadian Sea King," Vertiflite, Jan/Feb 2019. (VFS Photo by Kenneth I Swartz. CC-BY-SA 4.0)