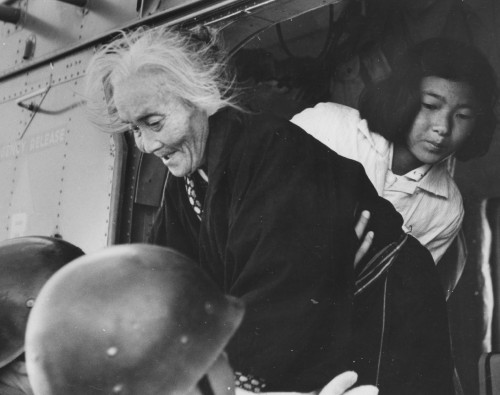 YOUNG AND OLD, Japanese citizens by the thousands were evacuated from the ravages of Typhoon Vera recently by United States military and Japanese helicopters. Here, an elderly woman is assisted from the doorway of a Navy Sikorsky HSS-1 helicopter while a rescued youngster awaits her turn. Sikorsky-built helicopters of the U.S. Army, Air Force, Navy, Marine Corps, and Japanese Self Defense Forces rescued more than 5,000 from flood areas around Nagoya during a five-day operation.

Added to Historical Records - Siko... and categorized in People/Groups — 5 months ago