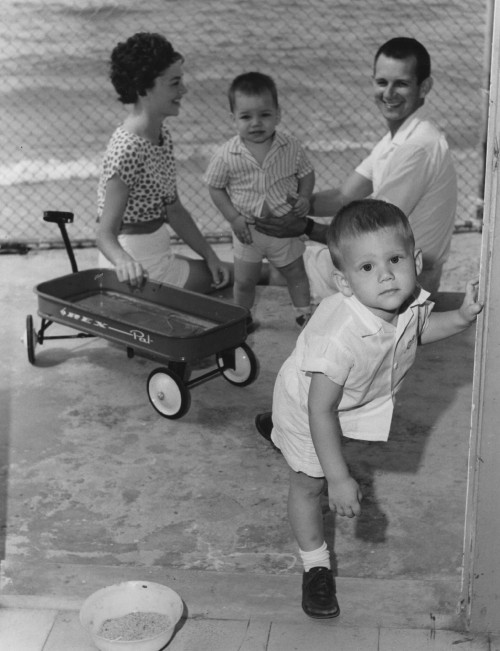 THREE DIMENSION LIVING. Helicopter pilot Dan Carson, who spends his working time in the air, sits on the patio of his San Juan home while the Atlantic Ocean surf rises and falls in the background. With him are his wife, Ellen, and sons Drew, one and a half, and Cres, two and a half, peering at the cameraman set up in the living room of their home.

Added to Historical Records - Siko... and categorized in People/Groups — 5 months ago