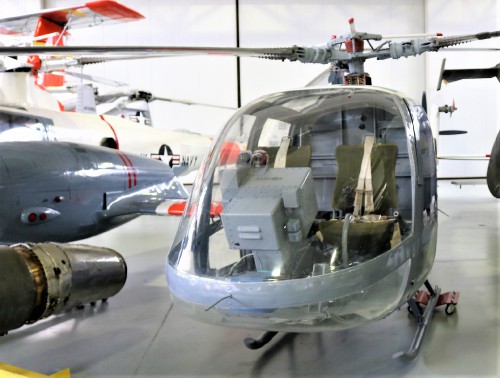 Lockheed Model 286 was developed as a research aircraft by the LOCKHEED-California Co. The 4700-pound, four bladed helicopter was used by U.S. Army and Navy to demonstrate the applicability of the LOCKHEED-developed rigid-rotor system to various size helicopters with a variety of missions. The Model 286 was 32 feet long and had a rotor diameter of 35 feet. It was powered by a Pratt & Whitney PT6-B turboshaft engine produced by United Aircraft of Canada.
Clean Fuselage. Photo by Gene Munson from Army Aviation Museum at Fort Rucker.