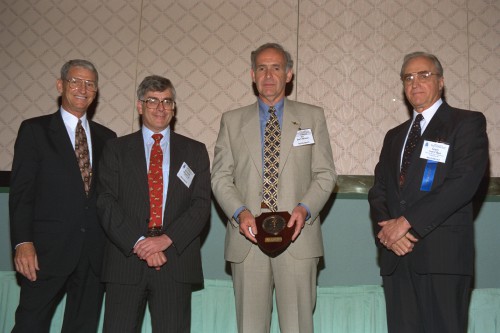 At Forum 52 Awards Banquet, 1996, Frederick L. Feinberg Award won by Jon S. Dickens, Test Pilot for GKN Westland who managed to save his entire crew when the aircraft he was piloting during flight tests experienced an unexpected malfunction and plummeted to to the ground.
Forum 52 Awards Banquet at the Sheraton Washington Hotel, Washington, D.C., June 5, 1996. VFS photo. CC BY-SA 4.0.