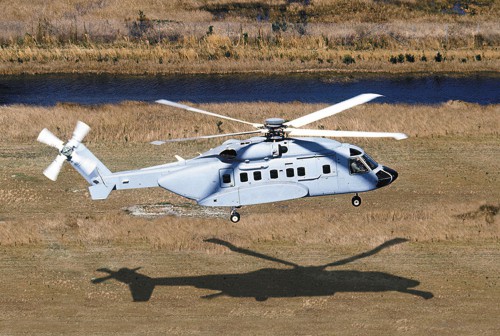 On July 23, 2004, the Government of Canada announced the selection of the Sikorsky H-92 Superhawk as its future Maritime Helicopter. Under the Canadian Forces designation CH-148 Cyclone, the H-92 replaced the CH-124 Sea King (first delivered to Canadian service in May, 1963). The CH-148 can operate from Canadian
Forces frigates, destroyers, and supply ships on surface and sub-surface surveillance and control and varied utility missions, including search-and-rescue. From Vertiflite, Fall 2004 (page 20).