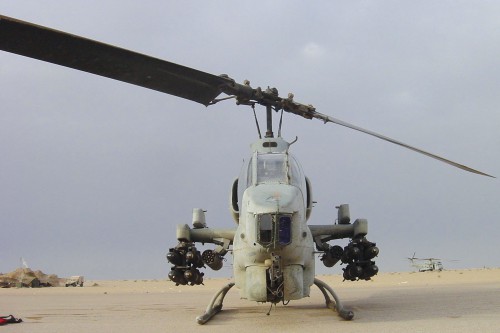 Although equipped to carry the AGM-114 Hellfire missile, the AH-1W also frequently used the Raytheon TOW (tube-launched, optically-tracked, wire-guided) missile in Iraq and Afghanistan. The TOW provided a direct-fire weapon to complement the Hellfire's indirect "lobbing" missile profile. For example, Iraqi tanks would sometimes take shelter beneath highway overpasses, which protected them from Hellfire lobs, but left them vulnerable to straight TOW shots. From Vertiflite, Fall 2004 (page 24).